Launched in the mid 90’s after one of the co-founders became discouraged with the wristwatch market and being unable to find a watch that reflected his personal style. Both founders, having worked in action sports, knew that there were certain things that the market sorely lacked.

Utilizing venture capitalists to reach a sizeable $1 million in investment capital, Nixon got to implement their signature watch designs, releasing types to very select, high-end watch dealers and clothing and accessory retailers. Though the reach was rather limited that did not stop them from gaining a goodly following in a very short amount of time.

Nixon’s successes and impressive watches caught the attention of many companies and Nixon itself was bought out by Billabong International in 2006. Then in 2012 Nixon again ventured out and became their own entity once more, though they keep a contract with Billabong, allowing the seasoned umbrella of brands to retain partial ownership.

This can only be a benefit for Nixon as a company as they have access to Billabong’s retail outlets as well as advertising and the aid of an established brand, their expertise and clout. Meanwhile Nixon has the time to work hard to design and implement even more perks to their established watch line as well as branch out into other avenues, such as they did in 2009 with their line of top notch headphones and later on, portable speakers. 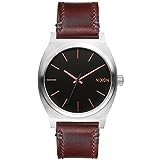 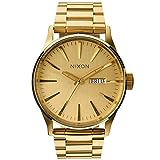 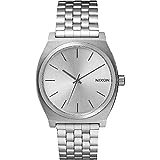