Seiko is one of the oldest watch manufacturers still around, as they began their mission in 1881 as a small shop under the name of K. Hattori. Over the next several decades the shop changed names a few times, releasing the first watches under the Seiko Holdings Corporation name in 1924.

Since then Seiko has gone on to forge the way for many watch making successors as a true innovator in the world of watches and clocks. For example, in 1969 Seiko released the “Astron”. As is turns out, the Astron was the world’s first quartz movement watch. Though it may not seem so spectacular, bear in mind that quartz movement is rather tricky and requires fine tools and the steadiest of hands to create and put together.

Quartz movement utilizes a genuine quartz crystal as an oscillator to help maintain accuracy and more easily transmit signals, making it far more accurate than previous watch and clock types. The crystal itself creates tiny but steady vibrations when voltage is applied, improving signals once more.

Then Seiko really put the watch world in motion when it began forging tuning fork shaped oscillators, coupling them with their own integrated circuitry, thus producing the world’s most accurate wristwatches of the time. And they haven’t stopped there.

They have even as recently as 2005 designed a great new watch innovation in the form of the “Spring Drive,” and it’s one fascinating and rather complicated piece of machinery that is certainly worthy of a quick Wikipedia search. The things Seiko has done can boggle the mind, but with all that genius it’s no wonder they’ve been on the forefront of the watch manufacturing industry for over a 100 years. 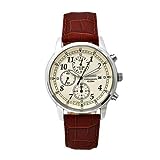 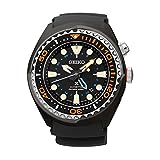