Invicta was first established in 1837 by Raphael Picard in La Chaux-de-Fonds, Switzerland. Its name is the Latin word meaning “invincible” and the company was created with the purpose of offering exemplary quality watches at a price the average working person could afford. And for nearly a century Invicta was on the forefront of manual and automatic-winding timepieces that bore the exceptional construction and design.

Sadly during the quartz movement craze of the 70’s, Invicta, like many of its other Swiss movement counterparts, faded into obscurity, many of which never returned.

But Invicta did return and with a vengeance as they forged a whole new name for themselves as a completely reborn company in the early 1990’s. From then on all that glitters really is gold for Invicta as they took the world by storm, kicking out award winning watches left and right. Utilizing only the highest quality components the world has to offer, Invicta watches are guaranteed to last for generations at minimum.

Once Invicta began gaining some revenue from these successes they went on using their newfound monetary advantage to help those less fortunate, such as raising nearly $130,000 to aid the victims of Hurricane Katrina.

Invicta has also been providing consistent assistance to a struggling town in Ecuador and has been known to ship hundreds of watches overseas to our American troops stationed far from home. And it’s always refreshing to hear that there are still large companies around who are willing to show true compassion. 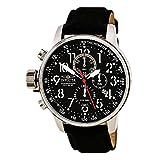 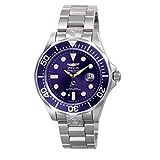 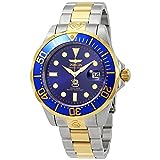 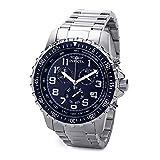 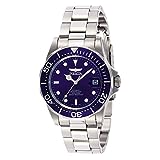