Bulova is a stellar watch maker that’s been around since 1875 and has managed to be almost everywhere, even into space and in one instance, resting upon the Sea of Tranquility on the face of our own moon.

Originally incorporating under the name J. Bulova Company, Bulova became reincorporated again in 1923 under the name we all know, the name that’s been a part of some pretty important events in human history. One of Bulova’s watches was gifted to Charles A. Lindbergh when he completed his flight across the Atlantic Ocean in 1927.

Bulova even devised a way to mass produce their watches, which at the time was something that was not thought possible. They became pioneers in watch manufacturing while still retain high quality standards and impeccable craftsmanship.

Further along the lines the Bulova Company wanted to be able to pass down the wealth of knowledge and generations of finely honed skills that up until that point had been information that only very few were privy too. In order to do this Bulova chose to open a school in 1945, dubbing it the Joseph Bulova School of Watchmaking.

This allows the most dedicated and true followers of the watchmaking craft to learn how to turn their passion into full blown pieces of art you wear. Though this art may be functional that only adds to its’ value, transforming it from something you can simply admire, to a tool that can make your life a little easier, and perhaps a little better too. 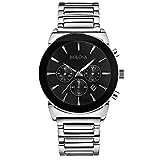 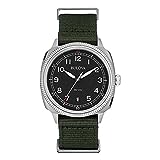